You are here: Home › About us › Achievements 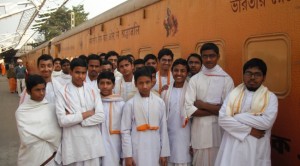 Students exhibited their chanting skill on 12th January 2017 in the function organized at Belur Math to celebrate National Youth Day.